I am making the leap from working as a video game artist to working on my own game full time. This blog will detail the process of building that game. I got started in game development when I was a kid making small games with friends, and for the last 15 years I have been contributing art to titles ranging from indie games to AAA titles. As games have become more complex, the role of one artist has become progressively narrower. Building my own game allows me to get back into the large scale decision making and sense of ownership that is lost when you are a single person on a team of hundreds. I am also very excited by the idea of building a game for VR that isn’t an adaptation of something that was designed for screens. VR comes with many advantages, but it also has limitations, and games designed for screens first do not take them into account. Rendering in stereo is expensive and traversing large spaces with touch controllers is clumsy.

Because I specialize in modeling mechanical objects for video games and am not a programmer, any game I build myself needs to be heavy on art content and light on programming needs. With that in mind, along with my personal interest in and knowledge of cars and motorsports, I am building a game about working on cars with a focus on preparing them for motorsports. This is a good fit for VR for the following reasons:
*Being able to see spacial relationships helps people understand how complicated assemblies fit together.
*The best stereo rendering from headsets happens in the user’s nearfield vision.
*A game about working on cars takes place in a relatively small space, making locomotion less of an issue.
*The small space means there are fewer objects to render and enables me to build extremely high quality models while still running at the high framerates that VR demands.

I am also planning to build the game for flat screens, but my development prioritizes VR over screens.

This is my testing environment in Unreal. The garage is temporary, I needed a space as I test out lighting and rendering features. Most things posted in this blog, with the exception of individual finished car parts, are placeholder or work in progress.

There are two prongs of game play system I need to develop. First is implementing a system to allow for detailed and realistic removal and installation of parts from the car. At its core, the game needs to know what parts are connected and in what order they can come apart. The game won’t, for example, let someone walk up to a car and unbolt a subframe while the suspension and engine hover in place. There also need to be dozens of unique interactions on parts in order to mimic real life maintenance. Things like swinging a caliper out of the way to change pads, checking belt tension, checking for spark…

The second prong of development is utilizing that functionality to create a fun game. The game needs to be flexible enough that it’s approachable to people with no experience working on cars and challenging to seasoned home mechanics. Finding the fun is going to be a fluid process but I am expecting that the game will have some sort of reward system (likely managing a shop’s income) and that it will teach some basic skills that can be used to diagnose problems efficiently. Games have lasting appeal when they allow for creative problem solving, so my goal is to give players a relatively simple set of tools and let them solve problems. I want to avoid falling into the trap of making this game a tedious room-scale VR clicking simulator. Part of that is allowing for problem solving, but it also needs to not automate too much of the assembly and repair process.

I’ve licensed the Bauer LTD. Catfish. The Catfish is a kit car that combines 1990-2005 Mazda Miata running gear with a stiff tube chassis and original body work. Depending on the parts installed on the car, The Catfish weighs around 1500 lbs. and can accomodate a range of engines. Later in development I would also like to include other chassis, drivetrains, and aftermarket parts. 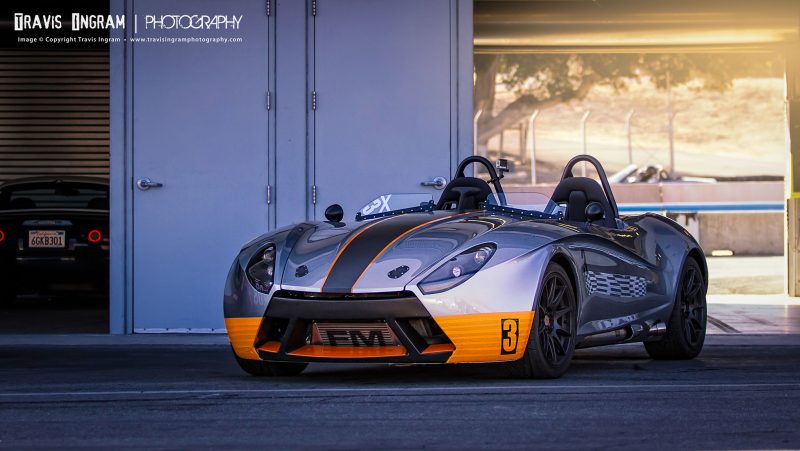