Over the last few weeks I have built up the gameplay systems for tools and fasteners in Wrench. I talked briefly about what my plans were for the fasteners in my last post, but now that the systems are finished I can show it off in detail. This video is an overview of how both the ratchet and the fasteners function in Wrench:

The Ratchet.
I designed a 1/2 drive ratchet that borrows the chunky silhouette common on ratchets from the 1930s and 1940s but with a modern machined look. This image is an in game capture dropped onto a background in photoshop.

From a gameplay perspective, a ratchet is a great starting point for developing other tools. With only a few changes, the ratchet code can be re-purposed into a combination wrench, a torque wrench, or an impact gun. Some of the interesting gameplay features in the ratchet: 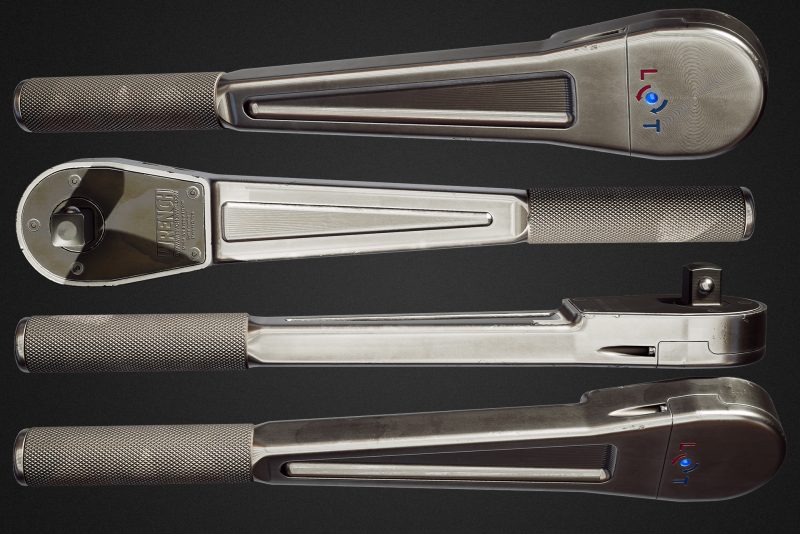 Fasteners
In my last post I spoke about the art for fasteners. To recap, I build them with correct dimensions, including thread pitch. Since I have that data for every fastener I use it to accurately simulate fastener functionality. In my final implementation, fasteners are simulated in 5 phases. I will be using joint analysis software to generate accurate curves for ever fastener: